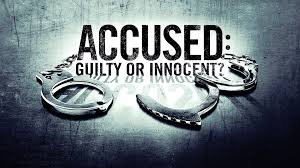 The beginning of allegations against President Jung

Decision of the Seoul Supreme Court

The injustice suffered by President Jung

21. Second, not only was Kim’s evidence lacking, but there was also strong evidence showing that President Jung was framed by Exodus:

22. In a recorded conversation, the representative of Exodus said that if President Jung were to give him 2 billion won, he could drop all charges:

Kim Do Hyung: The amount that I and Jeong Jin Hee mentioned at that time was 2 billion won.

[1] Presumption of Innocence; Proof Beyond a Reasonable Doubt (uscourts.gov)

[3] Presumption of Innocence; Proof Beyond a Reasonable Doubt (uscourts.gov)

[4] He Said/She Said, Save Our Sons, and the Stories that Stick: | Sherry F. Colb | Verdict | Legal Analysis and Commentary from Justia

[5] The Requirement of Corroboration in Prosecutions for Sex Offenses in New York (fordham.edu)

[6] The Requirement of Corroboration in Prosecutions for Sex Offenses in New York (fordham.edu)

[8] Judgment 2008/225 of the Seoul Central Local Court, proclaimed on 12 August 2008, under the section of facts relating to the rape of Kim and under the “not guilty” section

[9] Judgment 2008/225 of the Seoul Central Local Court, proclaimed on 12 August 2008, under the “judgment” section under the charge of causing bodily injury by rape to Kim

[15] Judgment 2008/225 of the Seoul Central Local Court, proclaimed on 12 August 2008, under the “judgment” section under the charge of causing bodily injury by rape to Kim

Hi everyone, I am Pastor Hwajung Jang.

I’m going to talk about what I experienced when I met Peter Daley when he visited Wolmyeongdong during the 2006 summer retreat. Even though it was 10 years, my memory of Peter is very clear because of all the shocking lies I saw later on his website.

I visited Wolmyeongdong to attend the summer retreat. It was the retreat for the military members’ department in Providence, and since the department was not that big, there weren’t many people there. So I sat in front of the lawn, and then I saw a westerner / foreigner – Peter.

I approached him and then introduced myself and asked him things like, “Where are you from?” “What are you doing in Korea?” and “How did you come here?” (Note: Pastor Hwajung served as a translator in Wolmyeongdong and helped foreign visitors regularly)

Tabloid newspapers in South Korea have published untruthful comments about women in Providence Religious Movement, known as ‘evergreens’. These tabloids claimed that ‘evergreens’ are ‘500 to 1000 women groomed for sexual exploitation by Jung Myung Seok’ , ‘sex bribes,’ and ‘sexual favors’. These tabloids made no attempt to verify those allegations, before publishing them.

There are no, and has never been any evidence or proof of, ‘sex bribes’, ‘sexual favors’ or ‘sexual exploitations’ ever occurring. A few individuals fabricated these claims. The false claims were made so that the media would publish, and thus, generate public contempt for Jung Myung Seok and Providence religious movement. These claims are no more than tabloid gossip. Such claims especially contradict the fundamental tenet of Providence–abstaining from sexual immorality.

END_OF_DOCUMENT_TOKEN_TO_BE_REPLACED 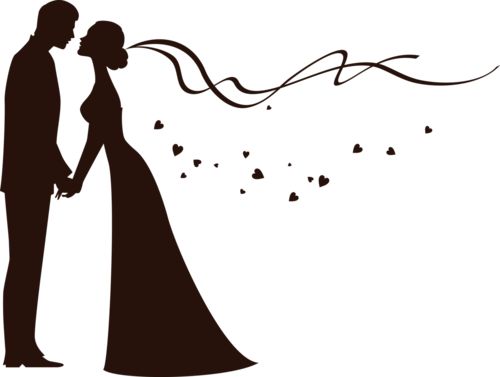 END_OF_DOCUMENT_TOKEN_TO_BE_REPLACED

The following is an article on Jung Myung Seok from a news magazine titled, “Sincerity moves the heart of Heaven; Truth will eventually surface.”

From January of last year, the case involving the religious organization referred to as JMS (Official name: Christian Gospel Mission) attracted a lot of attention through the media and the case finally concluded at the end of October.

Some of the people related to the case were acquitted by the court after investigation. Hereby, the founder, Jung Myung Seok, was cleared from all accusations and END_OF_DOCUMENT_TOKEN_TO_BE_REPLACED

The Yonhap News Network published a statement retracting some of the misinformed content it broadcasted about Jung Myung Seok. The statement was published on March 16, 2015. The original can be found at the following url http://ytn.co.kr/_ln/0103_201503161004314232

Here is a brief translation of the announcement END_OF_DOCUMENT_TOKEN_TO_BE_REPLACED

Today I read the play by Arthur Miller titled, “the Crucible.” It retells the story of the Salem witch trials in which many people were prosecuted for witchcraft based on the accusations of a group of young girls. 50 people confessed to witchcraft to escape capital punishment while 19 were hanged refusing to confess to witchcraft before the trials were finally discontinued. The historical event took place in 1692, but the play was written in 1952. The 1950’s were also was a critical time in American history because it was amidst the McCarthy hearings in which countless Americans’ careers and reputations were on the line in fear of being labelled Communists.

It is generally thought that the author was commenting on the injustices of his times by writing such a play and it is for the injustices of my time that I sought out to find and read this American classic. END_OF_DOCUMENT_TOKEN_TO_BE_REPLACED

The Earliest Persecutions of Christianity

2,000 years ago Christianity was considered nothing more than a “sect” of Judaism referred to in Paul’s day as “The Way.” But Jesus’ apostles boldly testified for Jesus despite the many negative rumors that had spread about them. They began in Jerusalem but quickly spread as far as Europe and Asia. St. Andrew carried the gospel as far as Scythia (Ukraine and southern Russia) and was crucified in Achaia (southern Greece). Phillip evangelized as far as modern day Turkey and Asia minor before being martyred there at Hieropolis. Simon (the Zealot) went as far as North Africa and Persia (Assyriean empire which is modern day Iraq) where he was killed along END_OF_DOCUMENT_TOKEN_TO_BE_REPLACED

Recently my child has begun attending a new church and they are displaying some unusual behavior. They are waking up extremely early for prayer, attending church often, and is constantly sharing ideas about the bible that seem radically different than traditional orthodox religion.

Should I be worried?
– Concerned Parent END_OF_DOCUMENT_TOKEN_TO_BE_REPLACED