Daley starts by presenting the various media releases that talk about Pastor Jung Myung Seok’s conviction. After the whole fake news fiasco surrounding the Trump elections, the public knows better than ever today that news can simply catch on without proper verification. Yet, using these unreliable and sensationalistic news, Daley makes his unverified assertions that “young girls are told to have sex with him to wipe out their sins.” Gosh, what a heavy and false assertion.

In my over 14 years of being in Providence, Jung has never ever made such ridiculous teachings. I am married with children. And there are tens of thousands of male members in Providence. Do you think we will stand by and do nothing if such things were true? Instead, Jung teaches about the importance of being chaste before God. As a family, my wife and I strive to live Godly lives according to the bible and Jung’s God centered teachings. To me, it takes someone with a particularly depraved mind to make such defamatory statements – and to depict in a sensationalistic way with huge red fonts – like what Daley did.

Taking things out of context

Next, Daley uses a clip from Hong Kong that was put without context to make Jung seemed like he was hiding something from the camera men.

Context: This incident took place when Pastor Jung was meeting and counselling with members during a hot season in Hong Kong. Because of mosquitoes, Pastor Jung had set up mosquito nets in the shaded garden to create a space where he would write the word or hold meetings. The net was transparent and neighboring houses could see through the net – there was nothing to hide. Prior to the counselling session, Pastor Jung and other members were swimming at a pool next to the shaded garden. After the swim, they draped over towels and shirts worn over their swimwear for the meeting.

Video explanation: In the video, Pastor Jeong was counseling a female member through another female translator. The two persons taking the video had waited for a long time secretly and trespassed illegally into the garden in order to catch videos that could support their case. This is not the first time that people have tried to take footages of Pastor Jung and their members, to use to their own advantage. The filmers saw this opportunity and began filming while interrupting the counselling session, and even attacked Pastor Jung in the process. In order to protect the identity of the members, Pastor Jung attempted to make the perpetrators stop filming. He then brought the illegal cameraman and the accomplice to a separate location where they could talk.

These people have taken this film out of context and used it to make it look like Jung was doing some questionable activities in the tent with the two female members and that he had something to hide. Daley, too, took that video completely out of context. In my opinion, this is extremely irresponsible and malicious. 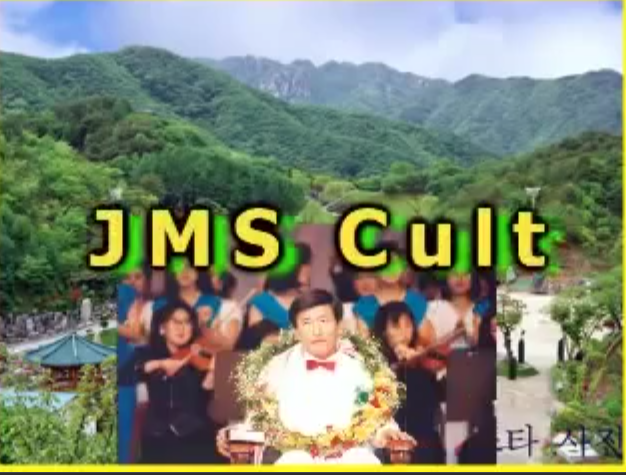 Next, Daley fabricates a picture of Jung with a flower wreath around him and in front of a female orchestra, with rather poor photoshop skills. Once again he uses huge yellow fonts to make the label “JMS cult”. Throughout the video, he uses sound effects that are childish and sensationalistic, like sheep sounds and other strange effects. Daley also presents certain effects that are violent and contains hate. He portrays Wolmyeongdong, the headquarters of Providence, being bombed and fired upon by an aircraft, followed by a huge splatter of blood. (See: 2min 29 seconds screenshot and 2:31 screenshot) 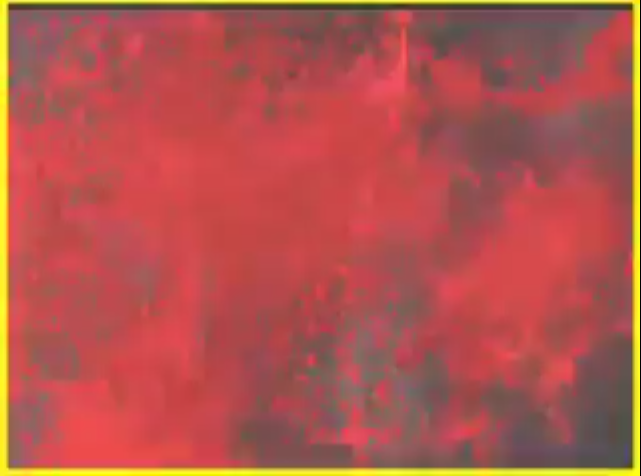 2:31 seconds of Video – Blood splattering after Wolmyeongdong was bombed.Violating Copyrights, Hate and Bias

Then, Daley takes copyrighted material from American Providence (labelled “2006 AP”) with Pastor Jung preaching, and placed it next to female members performing a cheer dance in a tutorial video.

Daley tries too hard to continue to link Jung to females. Daley confessed in the video that he went back to Wolmyeongdong for “revenge”. (See a member’s first person testimony of this incident) He said that a providence soccer team had played in a competition at his university (Keimyung University), which motivated him to write an article about Providence, which he quickly labelled as a “cult.”

After writing the article, he described that two providence female members (he labels them as “cult girl 1” and “cult girl 2”, and portrays the second girl as a gorilla) approached him after class one day. He had rejected their request to speak to him, and then said in a sacarstic tone that “I regretted not bringing my gun” and portrayed the two girls being shot in the video with blood splattering after.

He also called them “brainwashed lunatics.” Daley said that he later went with them to a café to talk to them, while recording the conversation secretly. They tried to explain to daley that he took things out of context.

Daley then said that he was annoyed because they showed up without first emailing him, and that he “decided to give them a taste of their own medicine.”

Daley then cites various news in Japan which made accusations against Jung (once again, Daley takes it that as long as things are reported in the news, it is true.) He then states unashamedly that “these were powerful, corrupt and dangerous people”. In these statements, he clearly reveals his prejudice.

Daley then goes on to describe Providence’s 30 lessons, which he said that “its goal is to indoctrinate students into believing that Jung is the messiah”. In these statements, Daley made false assertions about Providence – whose official spokesperson have already communicated to the media in 2006, 2013, and 2014 that “‘we do not treat President Jung as the Messiah. He has been teaching that Jesus is the Messiah for over 30 years. There were misunderstandings about this in the past. However, such is not the case.”

Next, Daley asserts that the 30 principles were entirely been derived from the divine principles of the Unification Church, “except that Jung’s has more pictures of vaginas.” Firstly, Daley has never studied the 30 principles. While there are similarities, there are significant differences between the unification church’s teachings and providence as I have studied both. Secondly, Daley’s obsession with sex is revealed here with his emphasis on ‘vaginas’. He showed a copyrighted picture of one of providence’s teaching charts containing a regular scientific picture of the anatomy of the ovary and a fallopian tube to explain a parable, and used that to depict that Jung was sexually obsessed. Indeed, Daley continued this kind of portrayal in the 2014 SBS australia broadcast. When I see how Daley tries to portray Jung as a sexual leader, it seems evident to me that it is Daley himself who is obsessed with sexual things and tries to impose that upon Jung.

Daley then ends off with the video of a korean woman wearing a hat, mask and sunglasses, accusing Jung of sexual assault in a press conference (voice distorted). In the end, it was such accusations and the negative public impression of Jung caused by these press conferences, that Jung was convicted. It did not matter to the judge that there was not a single piece of concrete evidence supporting the allegations, but there were numerous proofs that there was no sexual assaults (e.g. no physical wounds, victims smiling and laughing after walking out of the court, etc). It did not matter to the judge that one of the five women had retracted her statements in court because they were false, and told the judge clearly that there was a mastermind behind these allegations (Mr Kim). (reference)

Just because there are numerous media allegations against Jung, and that he has been convicted in prison, does not mean that Jung is guilty and Providence is a cult. In that case, I suppose we should believe numerous fake news today like those stating that Hillary Clinton is dead?

Peter Daley, an “expert and unbiased” source for the media?

Peter Daley portrays himself as a reliable source for expert advise about cults in Korea and about Providence. And some news media have actually bought into that. If you examine Daley’s video filmed in 2006, it is shocking that the media can allow such a biased person with a personal vendetta against providence to provide “expert and unbiased” commentary about Providence.

My appeal to Peter Daley is: Please put aside your past prejudice and hatred for providence just because you felt that we had offended you. Please put aside any sexual obsessions or violence tendencies, and let us have a mature, fair, and responsible conversation. Please don’t get even more furious with more vengeful sentiments against Providence after reading my commentary.

I believe that the truth will come to light one day and all our deeds will be examined in the day of reckoning. In the meantime, as members of Providence, we continue to live thankful and joyful lives to the Trinity in spite of all these accusations.

11 “Blessed are you when people insult you, persecute you and falsely say all kinds of evil against you because of me. 12 Rejoice and be glad, because great is your reward in heaven, for in the same way they persecuted the prophets who were before you. – Jesus’ words in Matthew 5:11

The writer is a middle aged married man living in America, who has been in Providence for over 14 years. If you require a viewing of the video mentioned in this article, please leave us a comment below with your email. (Video is rated “Mature” and not suitable for children below 18 years) Thank you.